Teleritual, the Type 32 Etheric Resonance Unit, is a technology-assisted ritual object which enables human interaction through atypical channels. It may alternatively be seen as an interactive artwork, a communication device, or a mystical item. 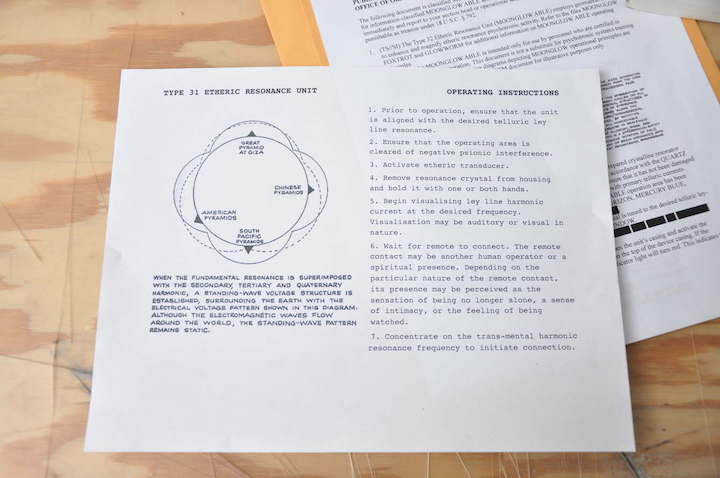 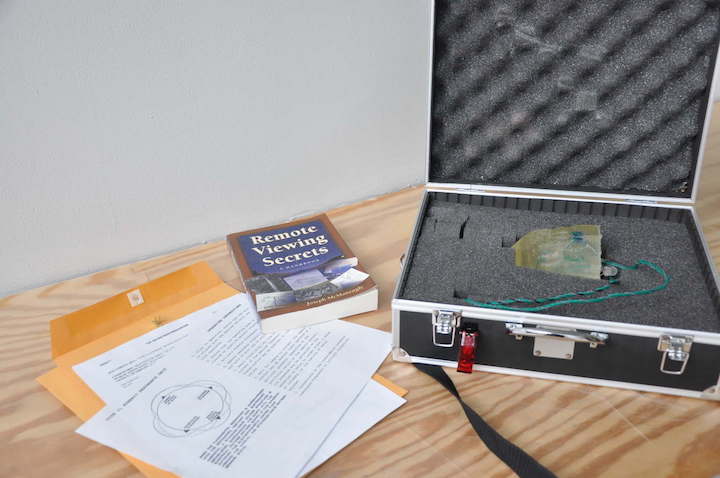 Teleritual is currently a work in progress. When completed, it will consist of two or more networked objects with which the audience may interact. Rather than allowing the viewer to see the effects of their interaction with the piece reflected, the data collected from the user/viewer’s interaction is transmitted to the remote object over the Internet. If an individual is interacting with each object, then each audience member’s interactions with the piece are observed by the other individual. In this way, Teleritual creates a channel for two people, who cannot see each other’s faces and will likely never meet, to have a shared experience which is both almost completely detached and also strangely intimate.

Each object will consist of a plastic crystal-like form with RGB light-emitting diodes and a three-axis accelerometer embedded within it. The spatial position of the crystal will be recorded by an Arduino microcontroller and transmitted to the linked object, which will then change the colors of its LEDs based on those values. Using the crystalline form appropriates immediately recognisable New Age imagery to `sell’ the piece as a magical object to the audience. The crystals and their support electronics will be contained in hard-shell carrying cases, implying the briefcases used for transporting secret documents and lending the piece the feeling of a utilitarian, technological artifact.

To provide the audience with hints as to how to interact with the piece, a manila envelope of instructions will be distributed with each unit. This document is written be in the cryptic style of a classified document, with redactions and code words, allowing the reader’s imagination to fill in the blanks and create a unique vision of the alternate reality out of which this object was plucked. Reading this document will both help the audience understand what to do with the piece and draw them into its story.